How Does Infrared Whiteboard Work 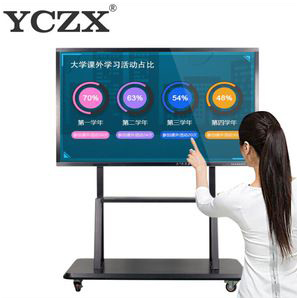 Capacitive touch screen board technology identifies touch by measuring changes in capacitive and resistive touch screen technology identifies by pressing together an upper and bottom layer. But Infrared whiteboard technology identifies by looking for interruptions in a uniform beam of light. Infrared touch screens have a grid-like array of LED lights and sensors in four dimensions around the edges of the devices. These sensors constantly emit and project LED lights. When anything touches the surface, it creates a disturbance in this light. These sensors can determine where the disturbance occurred and then identify the point of touch. That means you can touch the screen with many kinds of objects such as pointers, writing pens, your fingers, and other opaque objects. But capacitive touch screen devices can only recognize objects with electric current.

They also need to pattern on the screen and this constantly produces pressure on the screens and makes them more susceptible to damage. For resistive touch screen devices, you need to press hard enough to press the upper layer into the bottom layer, which makes it lowly sensitive to touch. Infrared touch screen technology is more durable and sensitive to touch because the sensors identify the disturbance of light rather than the touch electric current or signals. Thus, it also supports multi touch points of touch screen devices.